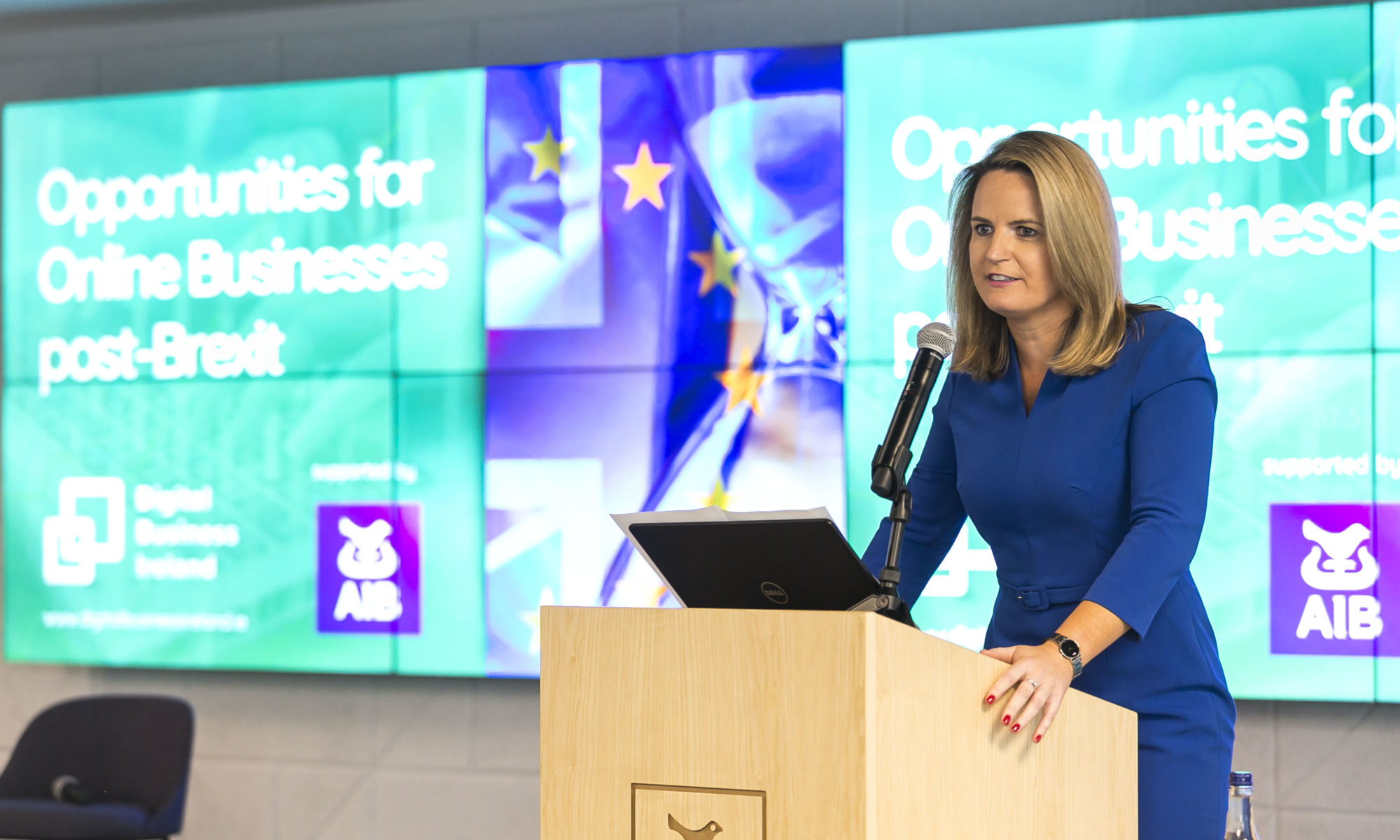 She has worked as an external consultant to a number of blue chip multinational companies and was previously CEO of Ireland’s largest retail representative body.

A public speaker she has contributed to many public discussions on eCommerce and digital development and most recently addressed the United Nations eCommerce Week in Geneva and the Greek eCommerce Expo. She has worked closely with the largest lobbying body in the world, the NRF (USA), on the implementation of the GDPR for American retailers and served as a Director of eCommerce Europe (Brussels).

During her time as a Senator she was a regular contributor on matters including business, entrepreneurship and EU issues and in an independent study conducted in 2014 she was named the second most influential member of Seanad Éireann in terms of shaping public policy and opinion. In December 2015, she was also named by the Irish Times as one of the Top 5 People in Politics to Watch and one of the Top 50 People in Ireland to Watch.

Lorraine is also currently Honorary Consul of the Slovak Republic and plays a role in the economic and cultural development of the relationship between the Slovak Republic and Ireland. She serves on the Australian Embassy’s Women in Leadership Committee and is Chair of the Emerald Leadership Programme established by the Irish Australian Chamber of Commerce. She is also a Trustee of Sightsavers International (Ireland).

She previously worked as a Barrister and was a Lecturer teaching Contract Law and Tort Law to students undertaking the Law Society FE1 exams. She currently guest lectures for the Public Relations Institute of Ireland.