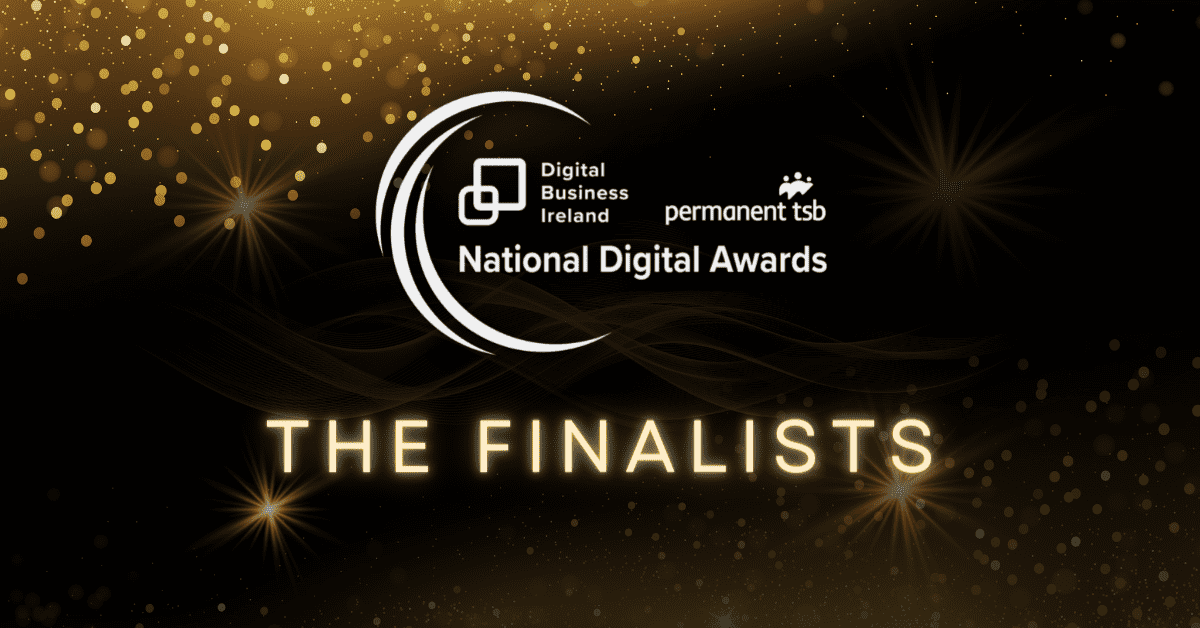 More than 500 businesses, people and organisations made a submission to this year’s Digital Business Ireland-permanent tsb Awards series – the most subscribed to edition yet

Digital Business Ireland, the country’s largest representative body for digital and online businesses and leading financial service provider, permanent tsb, have today announced the finalists in the National Digital Awards 2022. This third iteration of the Awards, and the most subscribed to yet – with more than 500 businesses, people, organisations and tech hubs from across Ireland, making a submission.

This year’s Awards comprise of 22 categories across Websites, People and Innovation. The permanent tsb ‘National Website of the Year’ remains the coveted prize – with previous winners including An Post and Spotlight Oral Care. A further two categories have been added to the 2022 series – ‘Hospitality Website of the Year’ and ‘Excellence in Accessibility’, the latter which recognises a business that has showcased exceptional innovation in digital accessibility.

Given the volume of entries, an independent judging panel consisting of representatives from leading Irish and global companies such as Microsoft, Trustpilot, DHL, and Byrne Wallace, was assigned the task of selecting five finalists across the various categories. Following the conclusion of this initial process, today’s shortlisted finalists will now make a further submission to the expert panel. These submissions will ultimately determine who takes home the Winner and Runner-up prize in each category – which will be announced at the National Digital Awards luncheon on Friday March 3rd at the Gibson Hotel. Leading broadcaster, Meghann Scully will be the MC for the occasion – tickets for which are on sale from today.

Speaking today, Secretary General of Digital Business Ireland, Lorraine Higgins, said “This year, we received more than 500 entries to the National Digital Awards – topping our total for the 2021 series, and showcasing the sheer talent of so many businesses and organisations across the country. Three years on from the very first iteration of the Awards, the calibre of submissions received is an encouraging reminder of the innovation, resilience and dynamism that truly defines the digital sector in Ireland. Without doubt, our select panel of expert judges had a challenging task determining those who made it through to the final round.

While we are platforming our extraordinary finalists today, I wish to take this opportunity to acknowledge and thank every single person and business who entered the Awards. While unsuccessful on this occasion, we encourage your participation in next year’s series.

I want to pay tribute to our terrific network of partners, who play such an important role in the work of Digital Business Ireland – from our title sponsor of the National Digital Awards, permanent tsb, to all of the cutting-edge digital enterprises whose support has been testament to their commitment to the digital sector from the very outset”.

Speaking to the announcement of the finalists, Head of Business Development at Permanent TSB, Catherine Doyle said: “‘Now in its third year, the National Digital Awards showcase the best and brightest in digital in Ireland, while also rewarding businesses, organisations and innovators in the digital commerce space.

Permanent TSB is honoured to support the National Digital Awards. I would like to extend my sincerest thank you to the more than 500 businesses who entered, while warmly congratulating the group of finalists who have been announced today”..’