Welcome to Digital Business Ireland's dedicated page to help and support you during the COVID-19 pandemic. This page will be updated as new information comes on stream from government and state bodies. Please use the supports provided. 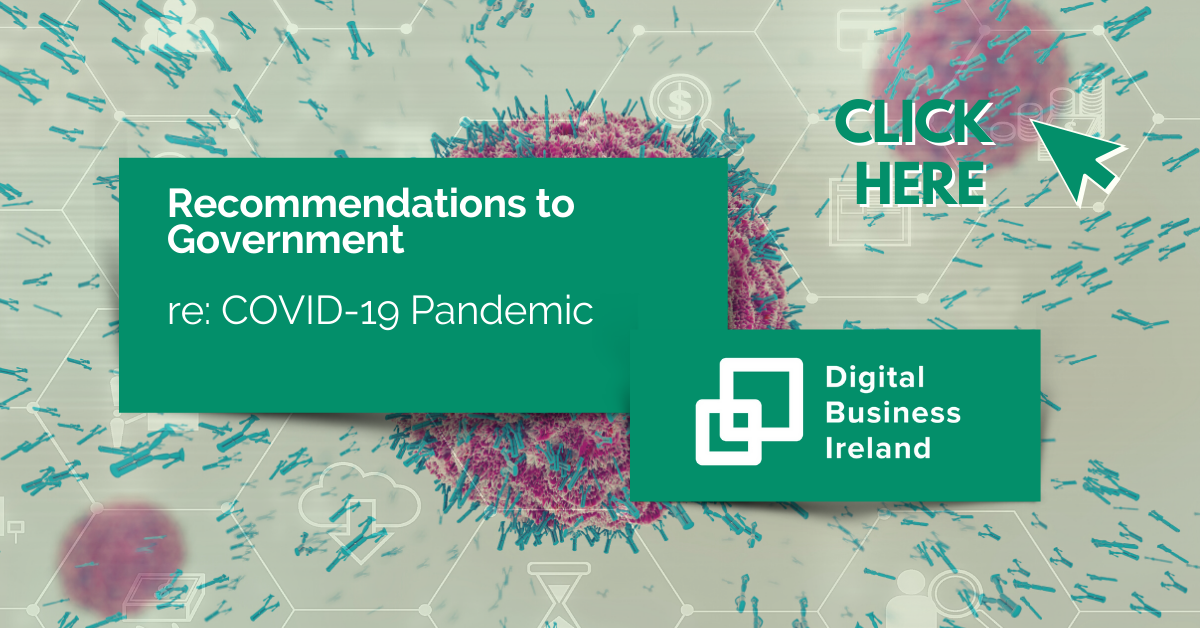 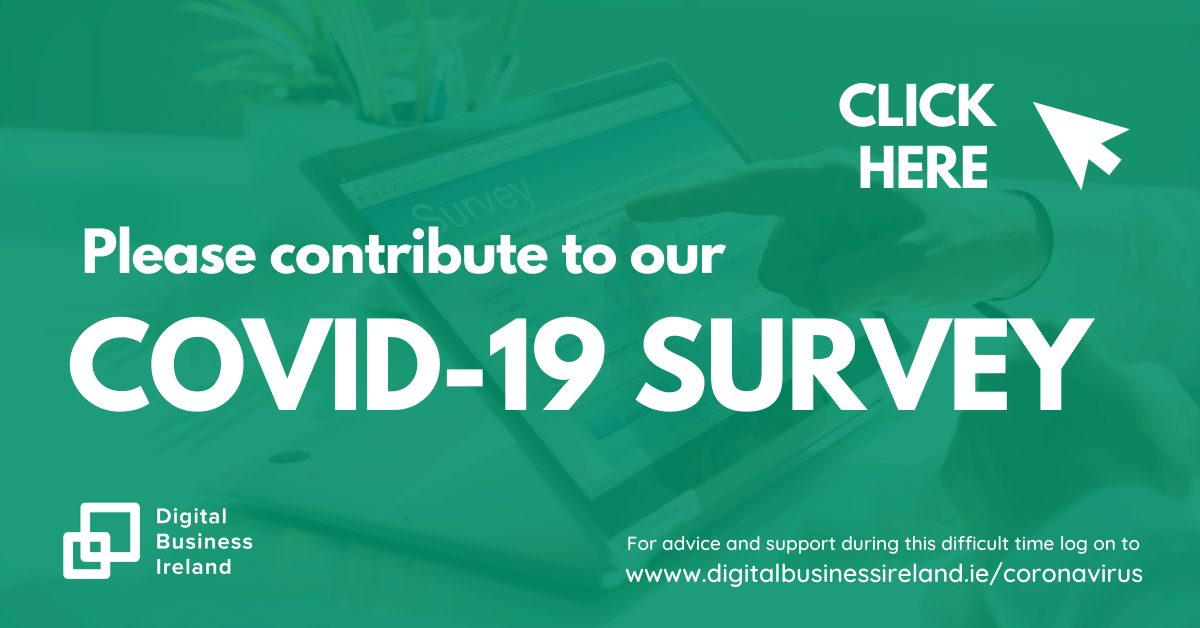 Supports to enhance your online presence 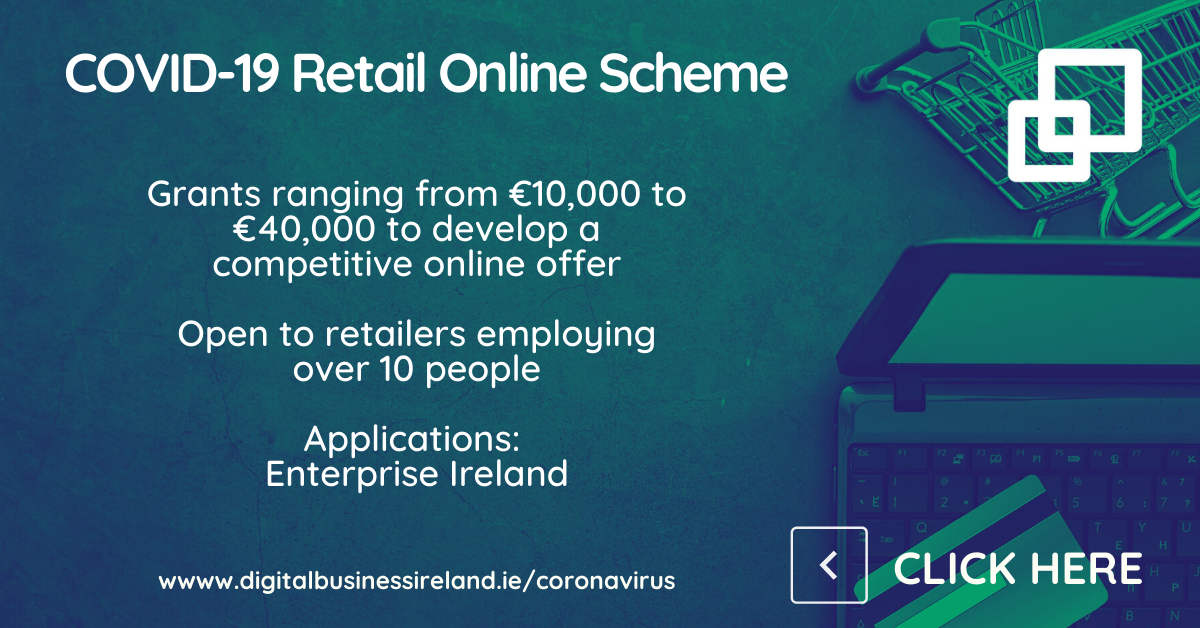 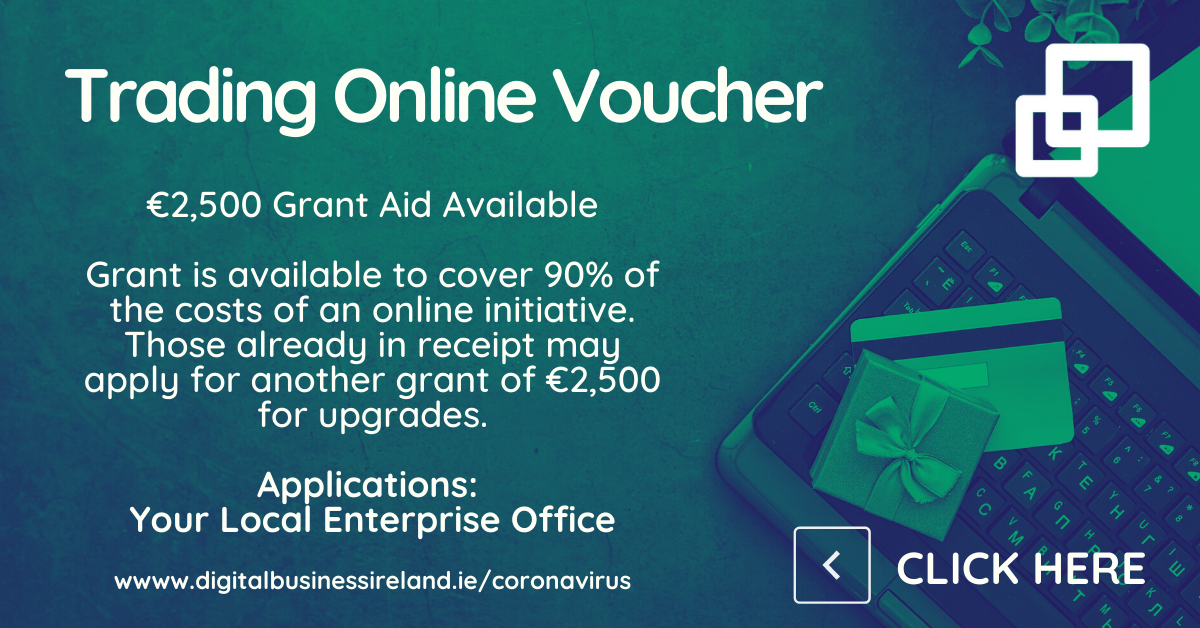 A wide range of supports were announced for SMEs in the July Stimulus Plan. These represent a combination of expansion and extension of existing measures as well as some new schemes. In addition, there are some targeted supports for SMEs seeking to break into the digital space.

The July Stimulus in effect implements the previously announced expansions to existing schemes. Businesses seeking to develop their online presence will be enabled to do so through a further funding call of the Online Retail Scheme of €5.5 million through Enterprise Ireland as well as a €20 million expansion of the Online Trading Voucher Scheme from the Local Enterprise Offices.

Alongside the July Stimulus the Government recommitted itself to raise infrastructure spending by €1 billion in 2021, which will include investments in broadband. Furthermore, in hinting at what is to come in the National Economic Plan in October, the Government underlined that seizing opportunities from the digital transition and preparing for the next phase of technological transformation will be key concerns.

Recovery grants and loans for business

The Restart Grant for Enterprises is being extended to a broader base of SMEs and expanded by €300 million, bringing the total funding of the Restart Grant to €550 million. The payment businesses are eligible to receive is being raised to €25,000. Additional payments may be available to firms that have already received support in the past with some non-rated businesses previously excluded from the scheme, now eligible.

Micro and small enterprises will be able to avail of €55 million in enterprise investment measures through additional resources for MicroFinance Ireland and Local Enterprise Offices. In cooperation with European Investment Bank Group, the Future Growth Loan Scheme is being expanded from €200 million to €500 million and will be made available to businesses with up to 499 employees. Meanwhile, as part of the previously announced Covid-19 Credit Guarantee Scheme worth €2 billion, the Government will guarantee 80% on a wide range of credit products from €10,000 to €1 million for up to 6 years.

Support for maintaining and expanding staff

As part of its focus on safeguarding and generating jobs, the Government is providing incentives to businesses to keep staff and take on new employees. From September, a new Employment Wage Support Scheme will gradually replace the Temporary Wage Subsidy Scheme and run until April 2021. Employers whose turnover has fallen 30%, will receive a flat-rate subsidy of €203 per employee including seasonal workers and new employees. New businesses operating in affected sectors will also be eligible. The Scheme is expected to support around 350,000 jobs into the beginning of 2021.  Employers will be paid €2,000 for every apprentice they hire in 2020 and 8,000 jobs are to be created through the JobsPlus scheme under which €7,500 will be available over two years for employers to hire someone under the age of 30 who is on the Live Register or the Pandemic Unemployment Payment.

In the realm of taxation, the Government is taking several steps to support businesses. To relieve cash-flow pressures on previously profitable companies, an immediate refund of some or all corporation tax paid will be made available through permitting the early carry-back of trading losses. Self-employed persons who will also make a loss this year after making a profit last year will be able to reclaim a portion of their 2019 tax. Many businesses will also benefit from the reduction of the standard rate of VAT from 23% to 21% starting from the beginning of September for a six-month period. Furthermore, the commercial rates waiver for almost all companies has been extended by three months until the end of September 2020. The Government will also pass legislation to allow businesses affected by Covid-19 to delay payment of their PAYE and VAT debts in part of in full for a set period with no interest or penalties, as part of the previously announced warehousing of tax liabilities. In addition, the interest rate on agreed repayments of tax debt will be reduced to 3% for agreements reached before 30 September 2020.

Looking towards the future, the Government is to launch a Green Enterprise Fund worth €10 million for businesses engaged in green research as well as development and innovation, capital investment and capacity building that are part of companies’ adaptation to a green economy. In the short term, €20 million will be provided to SMEs to acquire staff, software and IT systems to adapt to the new relationship with the UK from January 2021. More broadly, the Government will expand the Enterprise Ireland Sustaining Enterprise Fund worth €180 million, which will now include direct grants to viable businesses. Enterprise Ireland’s funds for investment in the Seed and Venture Capital Sector will also be topped-up by €10 million.

Businesses whose trading has been severely disrupted by the Covid-19 pandemic can now apply for funding from the Government's €250m Restart Grant scheme.

The fund will offer grants worth between €2,000 and €10,000 to qualifying firms, with those reopening under the first two phases of the official roadmap and those who have remained open throughout to be prioritised.

Here are some practical steps you can take to safeguard your business during the COVID-19 Pandemic:

Collectively, the banks have announced they will offer flexibility to their customers, and have agreed to implement a payment break up to three months for business and personal customers affected by Covid-19, to be followed by ongoing reviews depending on the scale and extent of the situation. Any customer who avails of this support will not see their credit rating adversely impacted. For further information if you a customer of:

Minister of State at the Department of Housing, Planning and Local Government, John-Paul Phelan, yesterday secured Cabinet approval for the introduction of a two month break in commercial rates payments for businesses across the country with a  provision to review same at the end of this period. Further details to follow.

If you have concerns about your ability to pay your tax liabilities speak to the Revenue Commissioners.

The Registrar of Companies has decided that all annual returns due to be filed by companies between now and June 30, 2020 will be deemed to have been filed on time if all elements of the annual return are completed and filed by that date.

The Cabinet also formally approved new public health measures recommended by NPHET at its meeting this morning. They include:

HSE Information on the Coronavirus